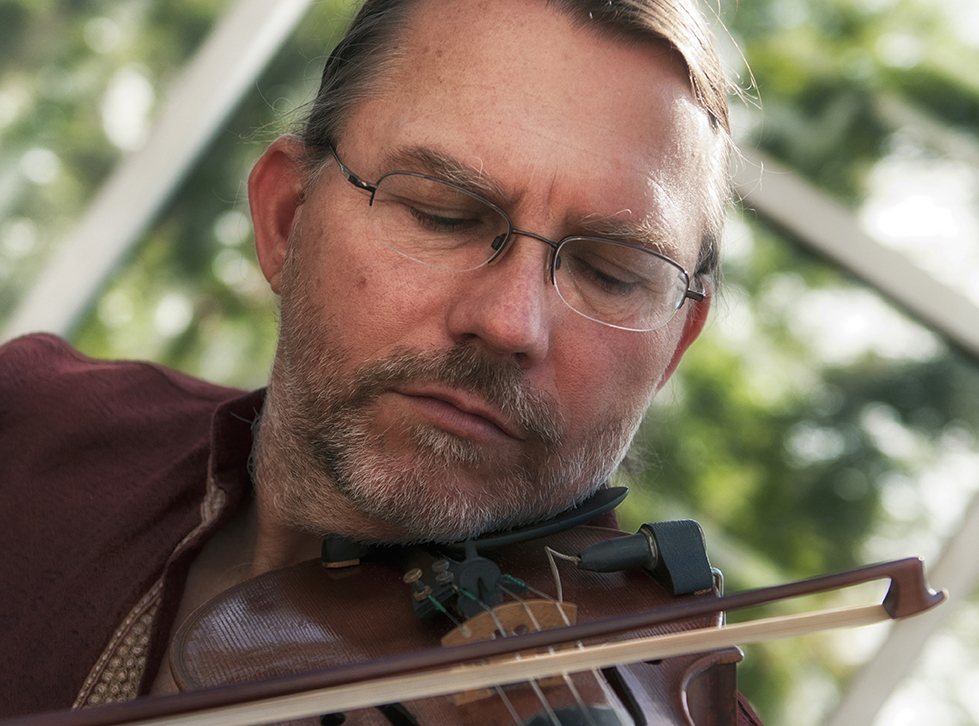 In the early 1930s, the now legendary Bob Wills created what he called a “Texas fiddle band.” It featured him and others on fiddles in addition to just about any other instrument. The band played almost any style of music: blues, country, Mexican, polka, ragtime, swing, cowboy songs, and of course, fiddle tunes. If it made people dance, they played it.

Randy Sabien, a jazz violinist, has tapped into that tradition by including three fiddles (or two fiddles and one cello)  in his Fiddlehead Band, featuring drums, bass, guitar, and keyboard rhythm section. With the advantage of 80 years of musical history to tap into, Sabien describes his sound as “Bob Wills meets Art Blakey (be-bop) meets the Allman Brothers (blues rock).”  You can expect to hear classic Western swing tunes such as “Maiden’s Prayer,” an instrumental version of a Grateful Dead song, “Stella Blue,” or a swinging Duke Ellington tune, “Mr. Gentle and Mr. Cool.” Just like Will’s Texas Playboys, Sabien’s band will play just about any style that makes people dance, or at least tap their toes.

The Chicago Tribune praises Sabien, “Rather than simply embellish a tune, he reconceives it, building and developing intriguing new musical motifs along the way . . . his playing couldn’t help but bring a smile to virtually every face in the room.”  Sabien has has toured the world playing in different styles and with many greats of the music world.  “ Today we have a whole new generation of players who have studied and mastered the jazz violin style of their predecessors and gone on to forge new possibilities on the instrument. Randy Sabien typifies this marriage between history and the future.”   Jazz Profiles NPR

Gem of a Season Event: This event is included for those Gem of a Seasons Pass holders. Tickets are available for no season ticket holders as well. Get your season pass here.