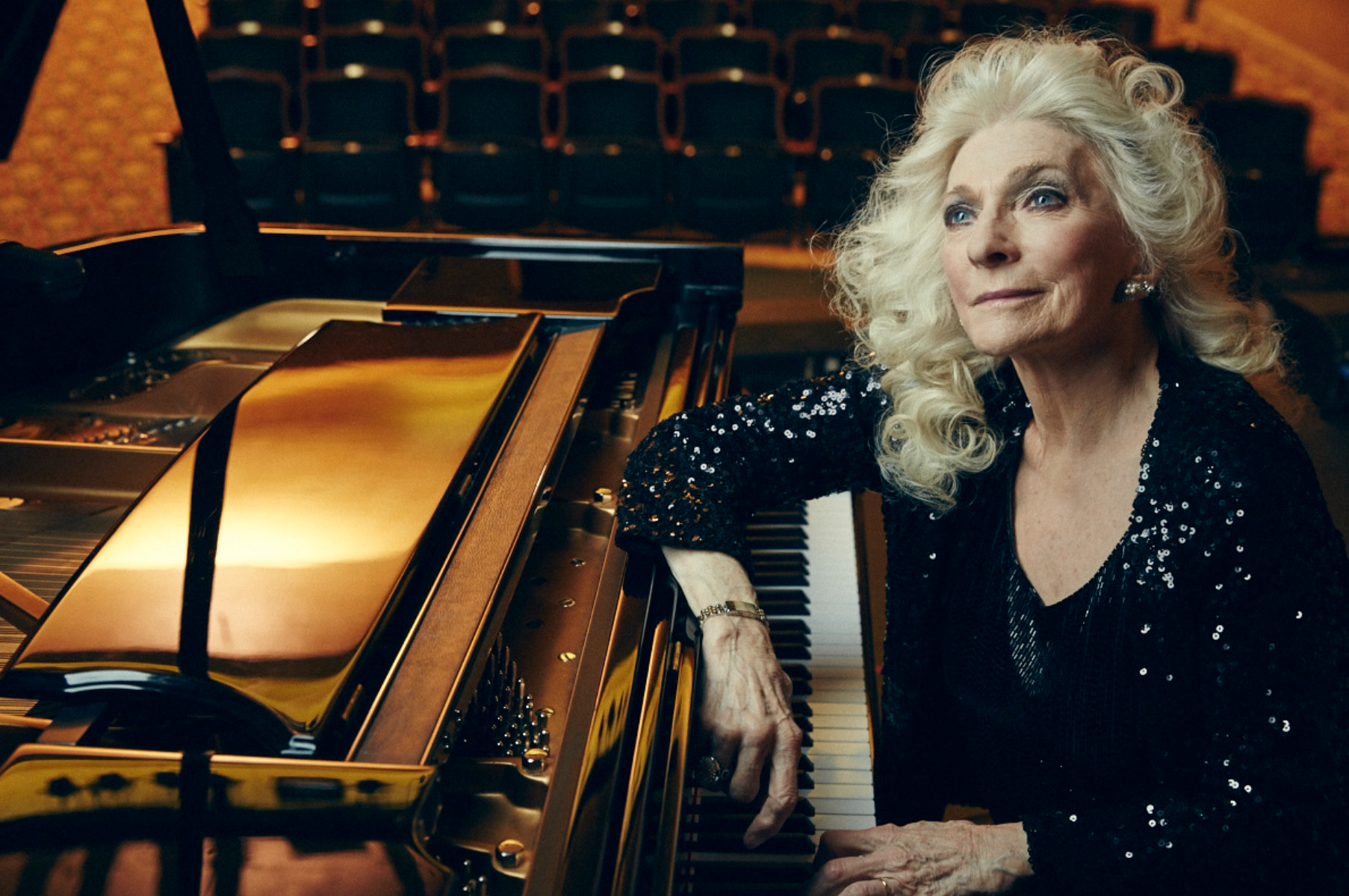 Judy Collins has inspired audiences with sublime vocals, boldly vulnerable songwriting, personal life triumphs, and a firm commitment to social activism. In the 1960s, she evoked both the idealism and steely determination of a generation united against social and environmental injustices. Five decades later, her luminescent presence shines brightly as new generations bask in the glow of her iconic 50-album body of work, and heed inspiration from her spiritual discipline to thrive in the music industry for half a century.

The award-winning singer-songwriter is esteemed for her imaginative interpretations of traditional and contemporary folk standards and her own poetically poignant original compositions. Her stunning rendition of Joni Mitchell’s “Both Sides Now” from her landmark 1967 album, Wildflowers, has been entered into the Grammy Hall of Fame. Judy’s dreamy and sweetly intimate version of “Send in the Clowns,” a ballad written by Stephen Sondheim for the Broadway musical A Little Night Music,won “Song of the Year” at the 1975 Grammy Awards. She’s garnered several top-ten hits gold- and platinum-selling albums. Recently, contemporary and classic artists such as Rufus Wainwright, Shawn Colvin, Dolly Parton, Joan Baez, and Leonard Cohen honored her legacy with the album Born to the Breed: A Tribute to Judy Collins.

Judy began her impressive music career at 13 as a piano prodigy dazzling audiences performing Mozart’s “Concerto for Two Pianos,” but the hardluck tales and rugged sensitivity of folk revival music by artists such as Woody Guthrie and Pete Seeger seduced her away from a life as a concert pianist. Her path pointed to a lifelong love affair with the guitar and pursuit of emotional truth in lyrics. The focus and regimented practice of classical music, however, would be a source of strength to her inner core as she navigated the highs and lows of the music business.

In 1961, she released her masterful debut, A Maid of Constant Sorrow, which featured interpretative works of social poets of the time such as Bob Dylan, Phil Ochs, and Tom Paxton. This began a wonderfully fertile thirty-five year creative relationship with Jac Holzman and Elektra Records. Around this time Judy became a tastemaker within the thriving Greenwich Village folk community, and brought other singer-songwriters to a wider audience, including poet/musician Leonard Cohen – and musicians Joni Mitchell and Randy Newman. Throughout the 60s, 70s, 80s, 90s, and up to the present, she has remained a vital artist, enriching her catalog with critically acclaimed albums while balancing a robust touring schedule.

Prolific as ever, Judy recorded a DVD special Judy Collins: A Love Letter To Stephen Sondheim, in her hometown of Denver, CO.  Along with the Greely Philharmonic Orchestra, Judy dazzled the audience with Sondheim’s beautiful songs and her lovely, radiant voice.  DVD and CD companion will be released in early 2017.   Judy also released a collaborative album in June 2016, Silver Skies Blue, with writing partner, Ari Hest. Silver Skies Blue has been GRAMMY nominated for BEST FOLK ALBUM in 2017, this is the first GRAMMY nomination for Collins in over 40 years.

Visit her website and read her full bio here.

There are no upcoming events at this time.