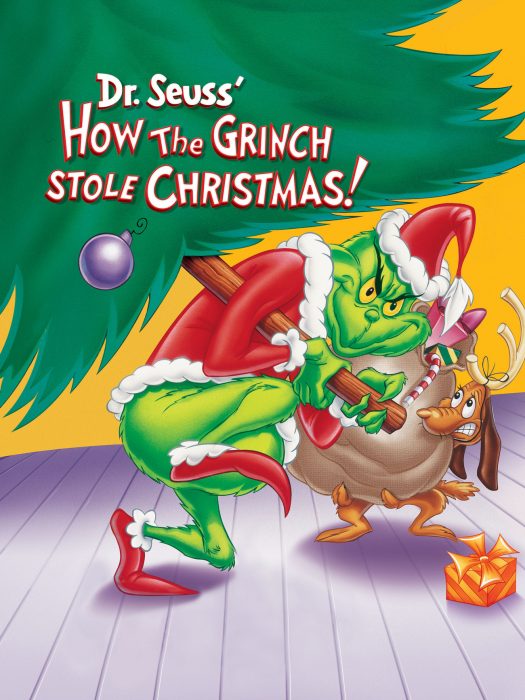 Every Who down in Who-ville likes Christmas a lot, but the Grinch who lived just north of Whoville did NOT! So the cuddly as a cactus Grinch (with termites in his smile and garlic in his soul) tries to wipe out Christmas for the cheerful Who-villians, only to discover: Maybe Christmas, he thought, doesn’t come from a store. Maybe Christmas perhaps means a little bit more!  and animated by cartoon