Fitzgerald’s – Gem of a Season Event 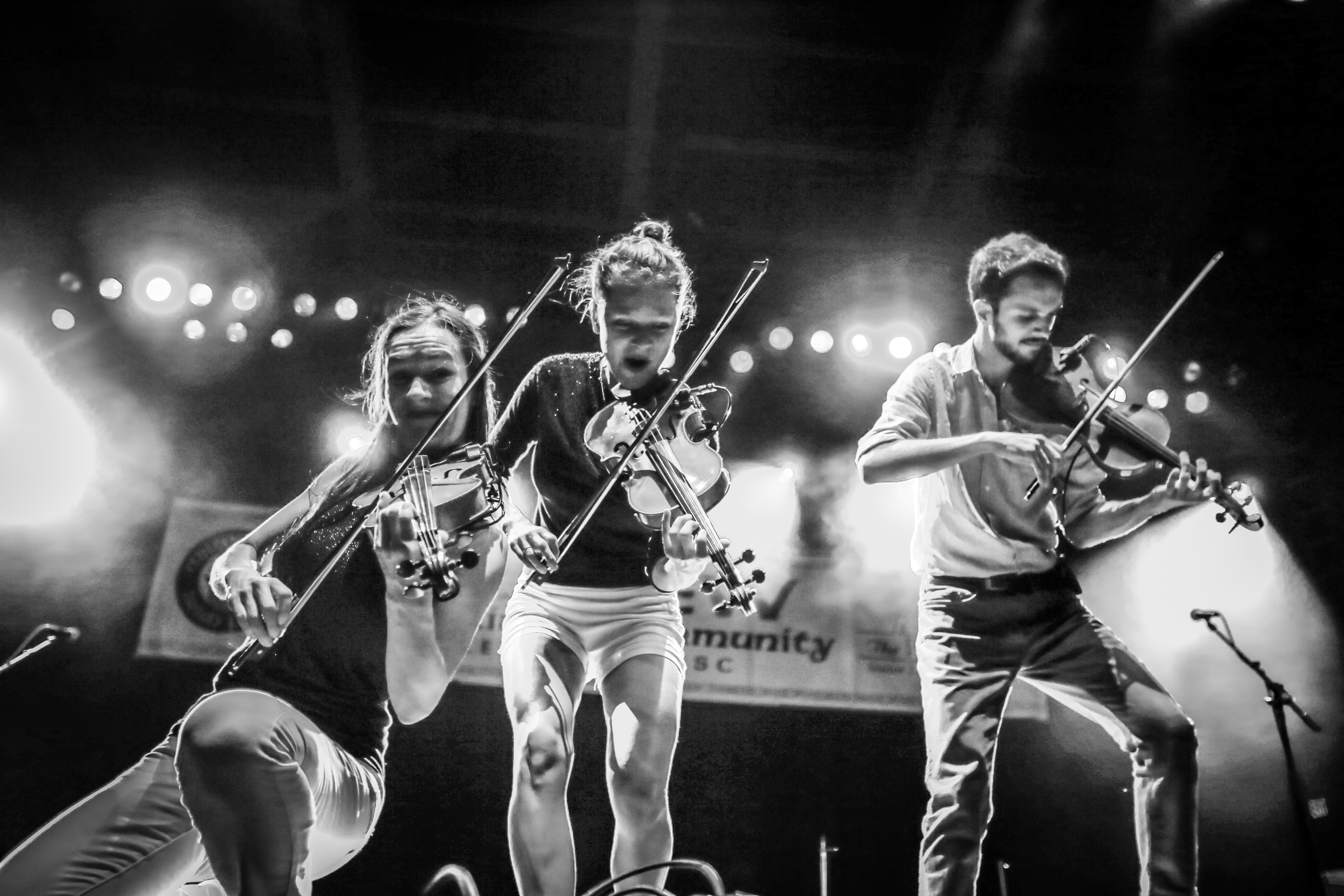 The Fitzgeralds. Featuring 3-time Canadian Fiddle and Stepdance Champions (Tom, Julie, and Kerry Fitzgerald), this unique act includes high-energy fiddling and mind-blowing stepdancing. They fuse their traditional Ottawa-Valley fiddling with original compositions, while “step” sisters Julie and Kerry display an intricacy of footwork that is simply magical. It is the rare combination of exceptional musicianship, incomparable stepdancing, audience interaction, and genuine sibling connection that resonates with audiences of all ages.

The Fitzgerald siblings were raised in a musical household, and toured internationally with their family band “Everything Fitz”. Growing up on the outskirts of the Ottawa Valley, they were immersed in the rich tradition of Canadian Old Time fiddling and step dancing that evolved with the arrival of Irish, Scottish and French immigrants. Over time, they have developed their art form to include various styles of fiddle music including Celtic, jazz, bluegrass, French-Canadian, and pop. They have also explored other dance forms including tap and Irish. The siblings continue to push boundaries by fusing traditional and modern styles of fiddle and dance to create their own unique sound and style. Their creativity and passion for experimentation has led them to compose original tunes and arrangements, some which were released on their latest album. The result is a groovy and catchy new sound and look that appeals to all ages.

Julie is a 2-Time Canadian Grand Masters Fiddle Champion, as well as 2-Time Open Step Dance Champion. She has had the opportunity to perform internationally with many of her lifelong musical ‘idols’ including Leahy, Natalie MacMaster, members of Stepcrew & Bowfire,Troy MacGillivray and Wayne Rostad.  While touring with The StepCrew, Julie has also had the opportunity to share the stage with Sharon Shannon, We Banjo 3, Carlos Nunez, Solas, and Eileen Ivers.

Julie is graduated from Humber College (Toronto) for the Bachelor of Music program. Julie’s love of passing on the Canadian traditional music and dance led to the creation of her first (and certainly not the last!) instructional step dance DVD. Whenever she is taking a break from touring, Julie teaches private dance and fiddle lessons to students in the Peterborough area. Because of her experience as a touring musician, she realizes how many people across North America are introduced to, and interested in learning more, about Canadian step dancing. In response to this observation, she is now offering online step dance instruction directly off of her website!

Kerry Fitzgerald is a fiddler and step dancer originally from Bancroft, ON, Canada, now based in Toronto, ON. Her musical roots are Ottawa-Valley fiddling and step dancing. She has also explored Celtic and other folk styles. Her performing career began at a young age with her family group, Everything Fitz, which has taken her on several extensive North American tours. She has since toured North America and the UK with The Fitzgeralds, The Stepcrew, The Great Canadian Fiddle Show, and The Tartan Terrors. She has been a guest fiddler and step dancer with Leahy and Natalie McMaster.

In addition to performing, Kerry teaches music workshops, private lessons, and music camps including: Leahy Music Camp, AlgomaTrad, and Orangeville Fiddle Camp. On the competition scene, she is an Ontario Open Step dance Champion and Canadian Grand Masters Fiddle Finalist. She now judges both fiddle and step dance competitions, including the Ontario Open competition. Aside from touring, Kerry experiments with electronic arrangements of original fiddle tunes. She is currently collaborating with DJ/Producer, Jay Andrews, in his “Shreem” project. Between tours, she completed a double major in Kinesiology and Foods&Nutrition at Western University.

Tom is already a seasoned performer, having toured professionally since he was 10 years old. Highlights of his career include winning the title of 2012 Canadian Grand Master Fiddle Champion in Ottawa, ON, as a first-time competitor. Later that year he placed 5th in the US Grand Masters Championship in Nashville, TN. This past year, Tom became an official artist of D’Addario Canada. He has also performed alongside Natalie MacMaster, Leahy, Wayne Rostad, and appeared on the Tommy Hunter CBC special “Talk About the Good Times”.

Currently, Tom is studying at Humber College in Toronto, ON pursuing a degree in Jazz Violin. He is quickly making a transition from the music of his roots- Canadian Old-time Fiddling and Celtic Fiddling- to creating his own distinct sound and style. With a passion for improvisation, Tom incorporates elements of bluegrass, swing, blues, and jazz into his playing which allows him to effortlessly fit into almost any musical situation. He has begun to teach privately in the Toronto area as well and has been an instructor at several music camps across Canada, including the Leahy Music Camp for the past 4 years. 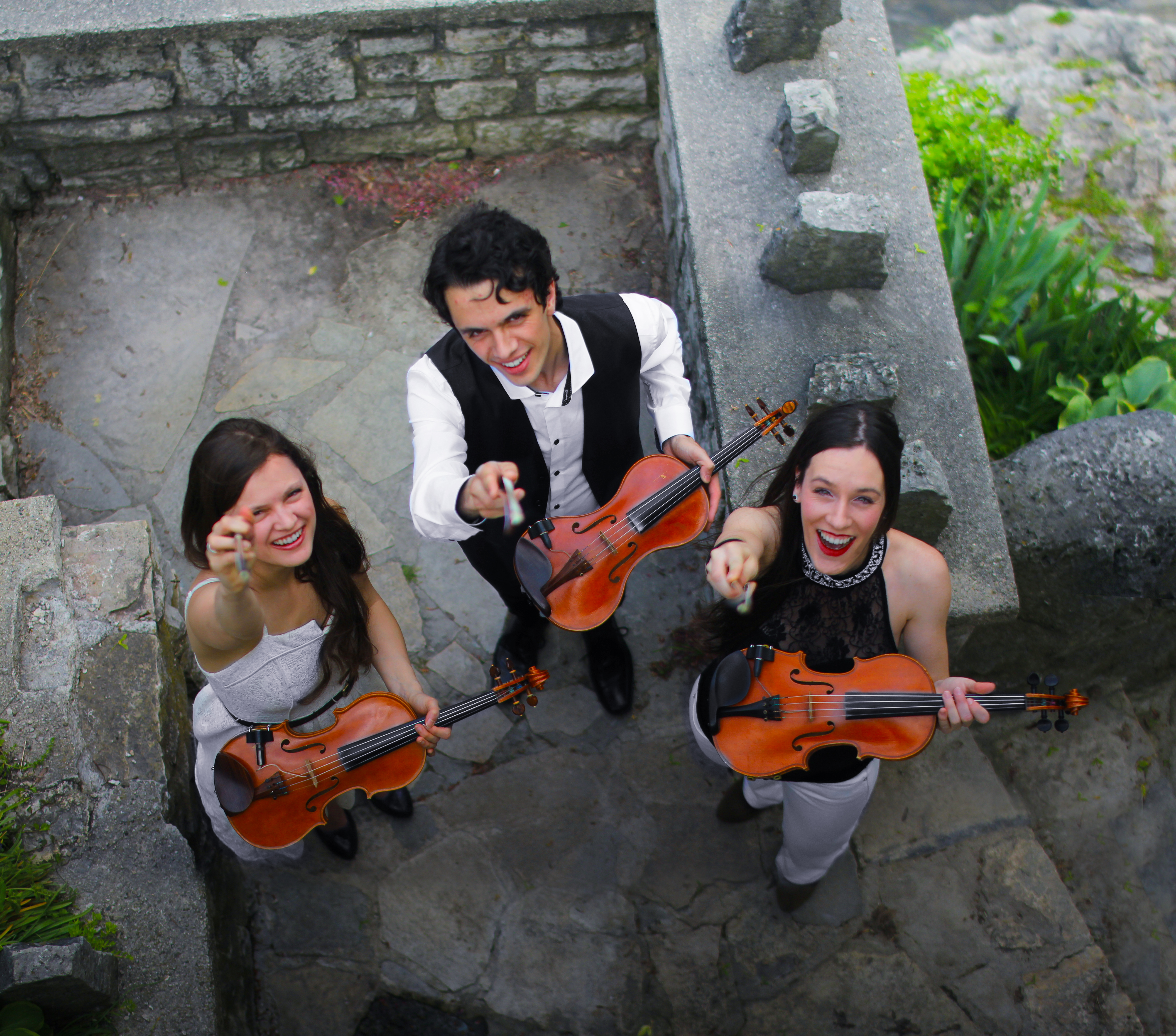