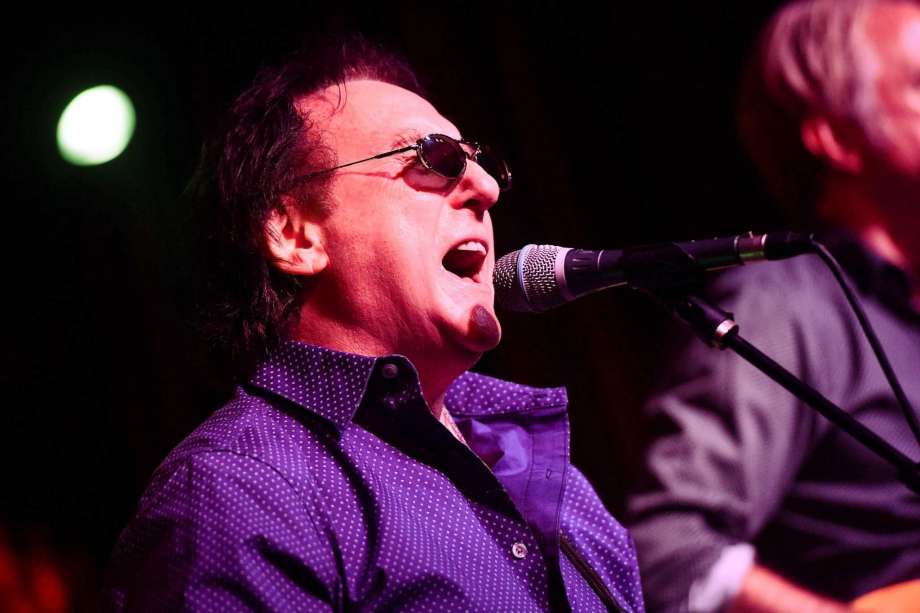 We have so been looking forward to opening the doors and kicking off our 2020 season. But we will have to wait. After visiting with Denny Laine’s management, it was decided to be proactive and  postpone his performance at the Crystal Theatre on May 15 and start working on a date to reschedule. Stay home. Stay safe. Stay well. We’ll see you at the Theatre soon – this is just an intermission!

As a founding member of The Moody Blues and a founding member of Wings, Rock and Roll Hall of Fame® Inductee, Two-Time Grammy Award Winner Denny Laine in a solo show shares songs and stories from the British invasion to today! Denny Laine’s “Songs & Stories” show features solo acoustic versions of songs from Denny’s expansive career including his days with The Moody Blues, Ginger Baker’s Air Force, Wings and others with an emphasis on classics from the Band On The Run and The Magnificent Moodies albums. A natural storyteller, he also shares behind-the-scenes anecdotes about some of the legendary musicians he has worked with and the places he has been throughout his remarkable career. Plus, he’ll discuss the impact of how key influences such as Buddy Holly and Chuck Berry helped shape his own music. As a premier English songwriter and multi-instrumentalist, Denny is best known for his roles as the original guitarist and lead singer of The Moody Blues and as a co-founder of Wings with Paul McCartney. Throughout his career, Denny has also worked with various members of The Beatles, The Who, Led Zeppelin, Cream, ELO, The Zombies, The Hollies and many more. In April 2018, Denny was inducted into the Rock and Roll Hall of Fame® as a founding member of The Moody Blues who were once touring mates with The Beatles.  In 1966, Denny departed The Moody Blues and formed The Electric String Band, playing guitar and providing vocals. With the Electric String Band, he wrote the hit “Say You Don’t Mind”, and opened shows for Jimi Hendrix in London. Denny joined the band Balls, as well as Ginger Baker’s Air Force, singing lead on the memorable “Man of Constant Sorrow.”  In 1971, Denny and Paul McCartney formed Wings and performed through 1981. Laine provided lead and rhythm guitars, lead and backing vocals, keyboards, bass guitar and woodwinds, in addition to writing or co-writing some of the group’s material. As the only member of Wings, besides Paul & Linda McCartney, to be with the group for its entire run, Denny enjoyed tremendous success throughout the ‘70’s.  The group became one of the biggest bands of the decade. The incomparable Band on the Run album sold six million copies, reaching #1 in the U.S three different times and was the top selling British album of 1974.  The title track was #1 in the UK for seven weeks, and in 1975 won a Grammy® Award. That was followed by another #1 album and more hit singles with the 1976 release of Wings at the Speed of Sound. The top-grossing Wings Over America tour followed which featured Denny performing select solo and Wings numbers including “Go Now” and “Time To Hide.”   The biggest commercial and critical success of Denny’s career would come in 1977 with the hit, “Mull of Kintyre,” which he co-wrote with McCartney.  It would reach #1 in the UK’s Guinness® Charts of British Hits Singles that year and became the UK’s highest-selling single ever at that time as well as the first UK single to pass two million sales. Denny remains in demand, touring both his solo and full band shows, and with new music that he currently has in the works.  His new “Songs & Stories” show is a unique opportunity to experience the music of one of Rock’s most enduring voices as you’ve never heard him before. To see a video of Denny performing, click here! Follow Denny Laine on Facebook at www.Facebook.com/DBFLaine Buy Tickets