A City at War: Chicago 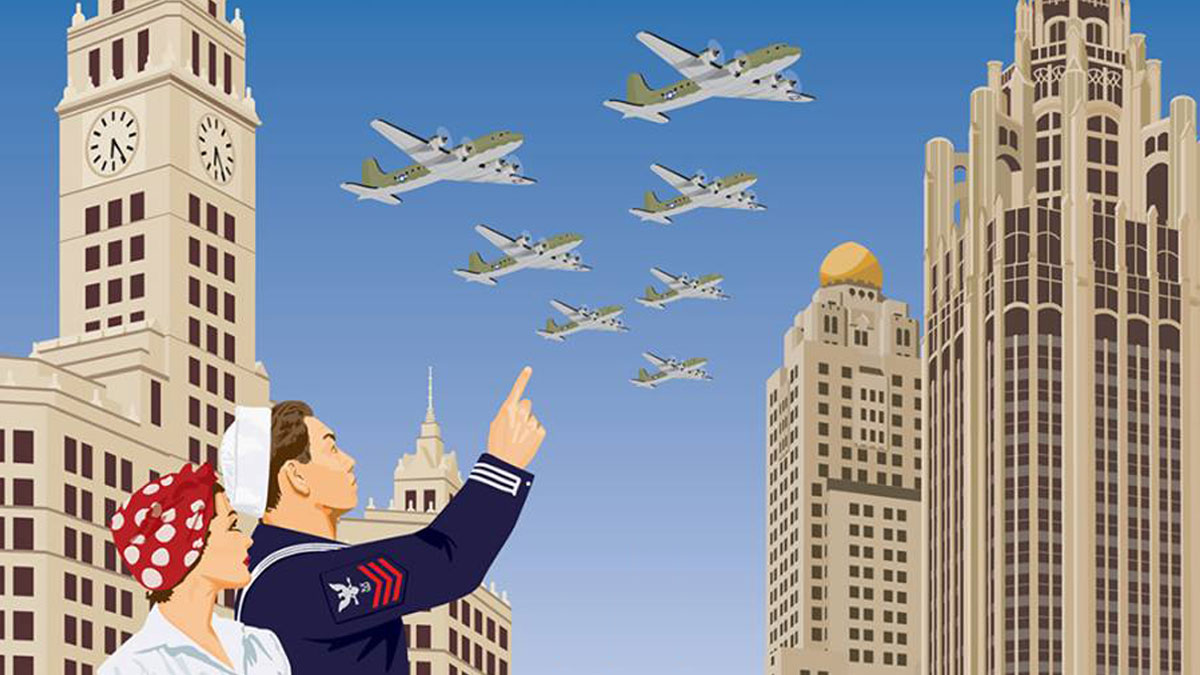 At the beginning of America’s involvement in World War II, President Franklin Delano Roosevelt (FDR) called on the country to become “an arsenal of democracy” – to become producers of war materiel to help defeat the Axis powers – Germany, Japan and Italy.

This documentary reveals how the Chicago area was transformed into a well-oiled production machine, with every man, woman, and child contributing to the war effort. Through personal reminiscences, declassified films, period stills and posters, A CITY AT WAR: CHICAGO explores how a mutually beneficial relationship between FDR and Chicago’s powerful Democratic Mayor Ed Kelly helped to win the war.

Among the highlights…rare color footage of FDR’s 1937 “Quarantine Speech”, delivered in Chicago to warn about the coming war: rare footage of the first self-sustaining nuclear chain reaction achieved at the University of Chicago by Enrico Fermi, which led to the development of atom bombs that brought the war to an end; never-before seen footage of chewing gum magnate P.K. Wrigley’s All American Girl’s Baseball League, formed to replace major league baseball teams if the male players had been drafted…and much more.

FREE, Non Gem Event: This event is free but please consider a donation to help with expenses.