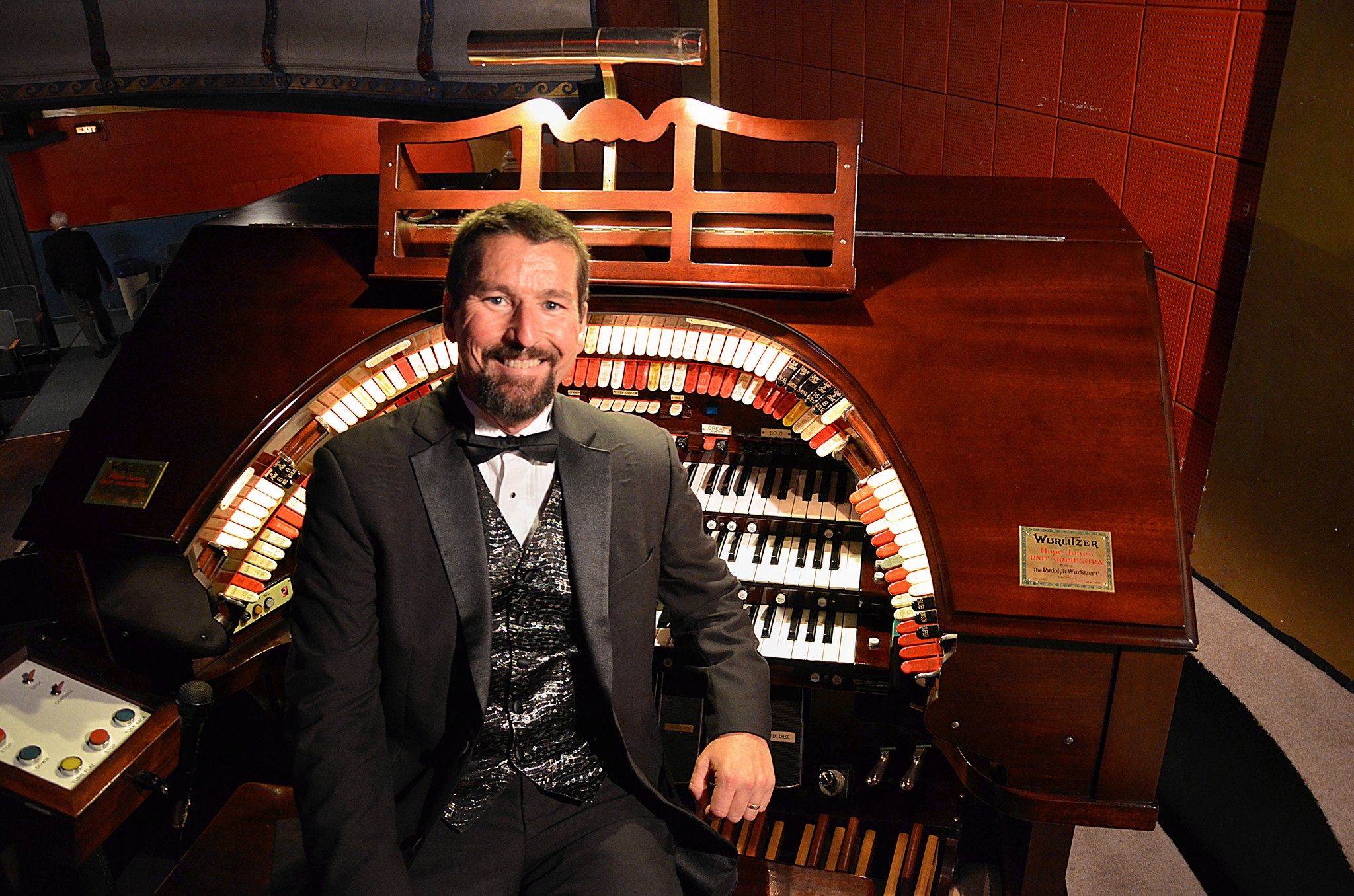 Dave Wickerham was born in Encino, California in 1962. He began playing the electronic organ at the age of four and had his first pipe organ experience at age ten. His musical education started at age seven.
When he moved to Arizona in 1976, he became Associate Organist at the famous Organ Stop Pizza Restaurants in Phoenix, Mesa and Tucson. While in Arizona, he continued his musical studies with Roseamond Crowley, one of the few remaining descendants of the Louis Vierne line of organists. He attended the University of Arizona in Tucson on a full scholarship, pursuing classical organ studies for six years with Dr. Roy Johnson.

In 1984, Dave moved to the Chicago area to become Staff Organist at Pipes and Pizza in Lansing, Illinois. In addition to his performance there, he concertized frequently, as well as ministering musically and serving at various churches.

August of 1990 found the Wickerham family – Dave, his wife and two young children – moving to Wisconsin, where he was one of the featured Staff Organists at the Piper Music Palace in Greenfield, a position he held for 10 years.

In the spring of 2000, Dave ushered in the new millennium with a limited special engagement, as a featured organist at “Roxy’s Pipe Organ Pizzeria,” part of a $26,000,000 expansion phase at the FIESTA Casino and Hotel in Las Vegas, Nevada. The Wickerham’s, Dave, Rhonda, and now three great kids, spent two years there before returning back home to Wisconsin in August of 2001… For the next three years, Dave resumed his position at the Piper Music Palace and was also the Principal Organist at Williams Bay Lutheran Church in Lake Geneva, WI.

He enjoys concertizing frequently to many audiences including various chapters of the American Theatre Organ Society. In April of 1999, he took great pleasure being a feature artist in Melbourne, Australia for the convention of the Theatre Organ Society of Australia for which he received rave reviews. He returned “Down Under” for a six-week concert tour in Australia and New Zealand during the summer of 2003 and 2012, as well as October/November of 2015.

Dave also enjoys recording and has recently “sold out” his fourth CD “Sounds of Music” recorded on the famous 5 Manual, 80 Rank Theatre Organ at the Sanfilippo Residence in Barrington, IL. There are several NEW recording projects that are soon to be completed and released.

After seven years as Organist – Curator with the legendary Milhous Collection in South Florida, Dave and his family currently enjoy living in Upper Michigan in the historic town of Crystal Falls.

Dave and Rhonda have three grown kids, two married with children of their own. So, with three grandchildren and concertizing, there are many opportunities for travel.

Gem of a Season Event: This event is included for those Gem of a Seasons Pass holders. Tickets are available for no season ticket holders as well. Get your season pass here.